Catenary out the window

I hung a rope between two trees for my kids to play on the other day, and when I looked out the window later I saw a catenary graph. 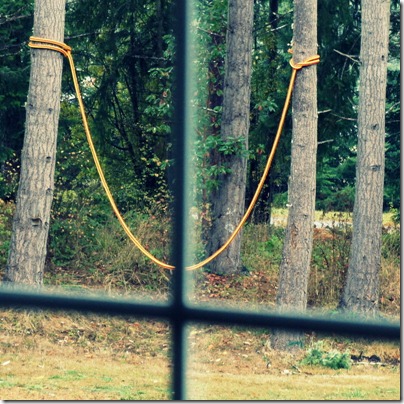 The catenary is a curve describing the shape of a in idealized hanging chain, and looks a lot like a parabola (enough so to trick Galileo).  Its equation was determined independently by three people in response to a contest challenge.

I like to think of it as the sum of two exponential functions:
Here’s y = ex and y = e-x 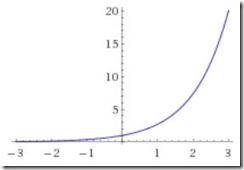 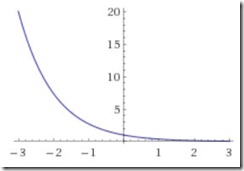 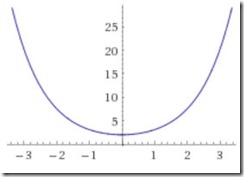