Smart phones are smaller and significantly more powerful that graphing calculators, so it makes sense to use them as such.  Unfortunately, not many good calculator apps exist (in my humble opinion), so I was excited to try out a graphing calculator emulator when I upgraded my Android phone recently.  Texas Instruments is trying to restrict emulator usage to those people who actually own a real graphing calculator by requiring the ROM files to be provided by the user rather than being included with the emulator app.  I figured this shouldn’t be a problem for me, having a drawer that looks like this. 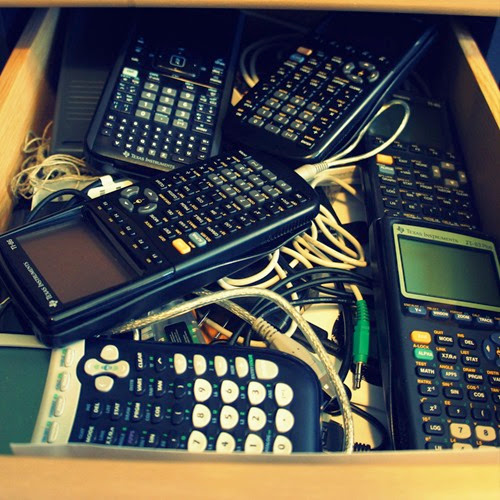 But transferring a calculator ROM to a phone isn’t fun and games.  I enthusiastically began following the steps I found online, but they ended up requiring an older (32-bit) operating system.  Luckily I had an old laptop on hand, and got a little further, but kept running into problems and never did get a ROM off a calculator.  I finally resorted to the most obvious solution and Googled it.

I tried AndieGraph first, which happily pretended to be a TI-85 and TI-86 without problems.  You can even write your own programs, but there’s no way to import other programs.  True to the original, the function plotter takes its sweet time. 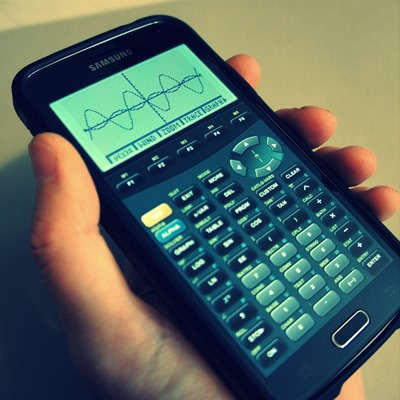 Next I tried Graph89, which included this interesting note in the description:

Firmware updates (*.89u, 9xu, *.v2u, *.8Xu) which are normally used to restore the operating system of your calculator can also be used as a ROM image.

Sure enough, the operating systems freely available from TI (this TI-89 download, for example) can be used with this program.  You also get the capacity to import programs and apps, change the CPU speed and display color, among other settings.  The screen is a little nicer to look at than AndieGraph’s (and plotting functions is nice and fast), but it doesn’t support the 85 or 86.  I found that the arrow keys sometimes seem to register multiple presses, which is particularly annoying when writing programs. 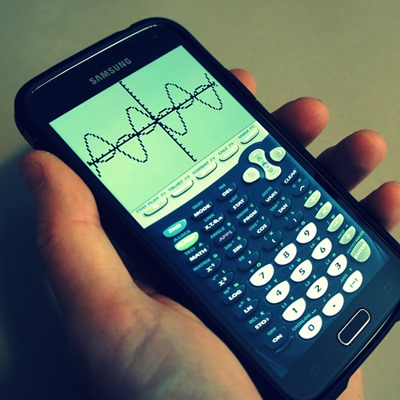