The solitaire card game FreeCell distinguishes itself by having all the cards dealt face-up and having nearly all deals result in solvable games.  If you don't know how to play, you should learn.

Each deal (of which there are 52! or about 10^68) gives you a new game, though some deals are essentially equivalent by swapping suits or the swapping columns.  In all, there are around 10^64 possible games.  That's enough: if all of us humans chipped in and each somehow solved a million games per day, we'd cover them all in a hundred billion trillion trillion trillion years (or something).

About 99.999% of games are solvable according Wikipedia, but I wondered if it would be very hard to construct an impossible one.  If, for example, all the red cards are buried under black cards like this:

But after a few moves, it was looking more like a normal game: 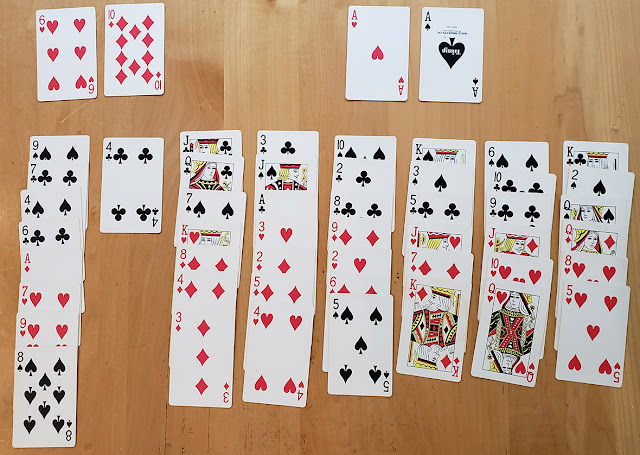 So what if the cards are sorted so that you have all the high value cards of one color on top?  Wouldn't you fill up your four free cells and have nowhere left to move? 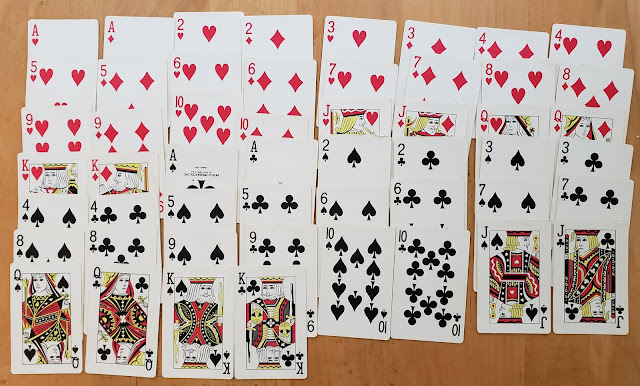 Luckily if you burrow into one of the  columns you can reach red cards, and a few moves later your game is looking like this: 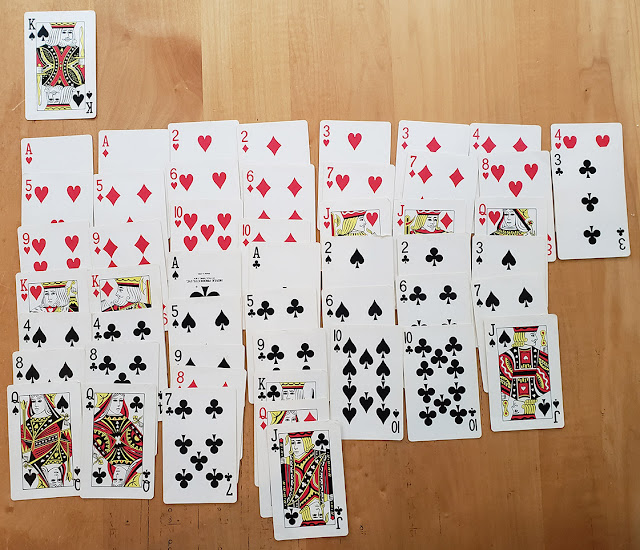 I was surprised that this game wasn't unusually difficult to finish.
So it doesn't seem trivial to construct an unsolvable FreeCell game, though we know they exist.  Game 11982 on the Microsoft platform is the only unsolvable deal of the 32,000 included: 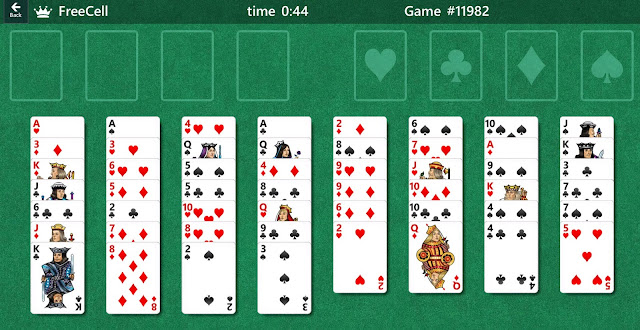 But there are some ideas I didn't try, like putting all the red cards on the left, sorted low to high, and all the black cards on the right, sorted high to low.  Can you think of another way?